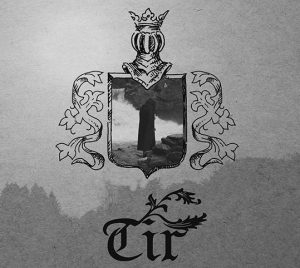 Tir is a Dungeon Synth one-man project, founded in 2016 by Turkish mastermind, Oytun Bektaş, a dedicated performer and listener for more than 20 years.

The mythical identity, ethereal expression and singularity are inseparable, as the polarity behind Tir stands in its very name: blending Germanic/Norse mythology (Tyr – God of Justice) with the feeling and concept of oneness, drawn from the cryptic Turkish definition of the suffix -tir.

After the 2016 auspicious debut material, “Mountains” (Elegy Records), Turkish horde Tir delivers a new authentic and ample creation, “Urd, Skuld & Verdandi”, a substantial 11-track album that was perfected in only two months. Each theme is both minimalist and rich in composition, meaning and mood.

Norse-inspired roots are tangible from the title alone, Urd, Skuld and Verdandi, the female supreme beings that rule the destiny of gods and men, making the album feel almost personified. Another powerful element that defines Tir is the sense of nature, expressed so purely it feels pagan.

“Urd, Skuld & Verdandi” embodies defining Dungeon synth expressions and techniques, such as a permeating dark ambient, Medieval and Black Metal overtones, grave choirs and battle-like marches and soundtrack compositions fit for 80’s – 90’s games. Tir, however, is an entity in its own and its creative force and personality shapes its course in an original way, avoiding clichés or formulas.

“Urd, Skuld & Verdandi” is comprised of diverse, individual facets that together connect all songs, moods, musical themes and cadence to an extremely evocative, shadowy moment suspended in time. Along the ethereal aural identity, the senses are activated by visual elements which, in their turn, almost trigger physical stimuli.

The titles are highly descriptive and depict either the technique or voice in which the theme is written (“Wagnerious”) or recount a more personal, intimate experience (“Rhön“).

The (perhaps) unconventional instruments chosen to voice each song – piano (“Song Of The Rain”, “Wagnerious”), cello (“Ancient Spirits”) or accoustic guitar (“Rhön“), get the chance to lead the main theme on a predominant grave registry ruled by minor keys. Subtle scores are traced out in a minimalist way and carried out by shadowy violin or flute leads.

The percussion section includes common instruments of the orchestra: timpani, triangle and maracas, whose main role is actually to emphasize a particular mood and dimension rather than keep track of time or force a rhythm. An exception to this might be the battle anthem like “Giant’s Tragedy” and “Ancient Spirit”, where the timpani was aptly chosen to impose a cadence as well as flaunt its origin as a military drum.

A new feature on the album, as compared to “Mountains”, is the presence of vocals and choirs, “Song Of The Rain” and “Memories In The Shdow”. The clerical and ancient vibe of the voice and technique are amplified by the melancholy feeling that defines “Urd, Skuld & Verdandi”.

Additional sensory elements such as ravens, wind or thunder and rain, creep up and intensify a particular musical passage or story behind it, such as on “Rhön“ where the cold solitude, precipitous feel and, perhaps, wistfulness become almost tangible.

The dark ambient and heavy frame is skillfully generated with the help of basic and minimal triggers: dissonance, heartbeat like throbbing tempo (“I Can See The Start Behind”) or serene passages blackened by a mere mallet percussion instrument, that becomes menacing (“Burzum”).

“Urd, Skuld & Verdandi” is a mature and sincere artistic offering that has a conceptual feeling to it. Tir carefully and originally blends Dungeon Synth, Black Metal, Folk and classical elements and vibe, in a way that is groundbreaking not only for the local Turkish scene, but on a worldwide scale. The key behind that lies in being able to express oneself while staying true to the artist and persona behind it.